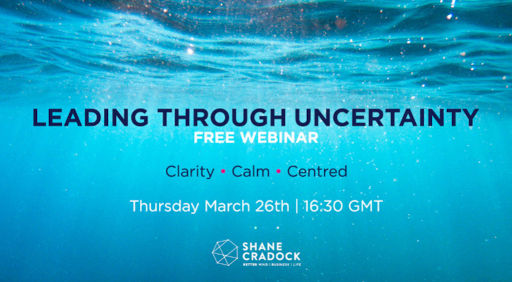 I have over 25 years of working with CEOs, entrepreneurs and leaders and often during very disruptive, uncertain times. Get free access to a 1hr webinar packed with insights. 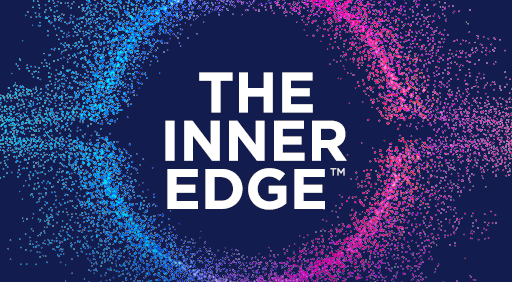 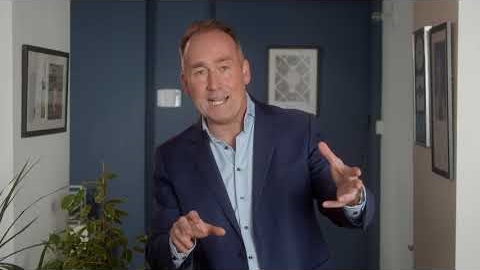 Get answers to your questions and solutions to some of your biggest challenges here with short, easy to digest videos.

Working with Shane has been a game changer for me - professionally and personally. He has helped me gain clarity and focus on the results that matter for the business and the results I need to achieve for success.  Without his guidance and help I would not hold the position I do today.
Paula Cassidy, COO, Enterpryze (Part of The Milner Browne Group)

"We had several experts run webinars to support our people in 2020, and Shane’s were singled out repeatedly as being the best and most helpful. People really connected with his approach, relatability and practical ways of being better in challenging times."
Steven McKenna, CEO, Sherry FitzGerald Group

Working with Shane has had a radical impact on my approach to business and life. I am much more aware of ‘The Inner CEO’ and how that practically translates to improved clarity, balance and perspective.
Maria Cryan, Managing Director, Hume Brophy Ireland

I can honestly say that MindShift for me has been truly life-changing and transformational and would encourage any leader at any level to do it. I’m not sure where I’d be if I hadn’t done the training before the pandemic struck.
Anita Boylan, Director of Nursing at St. Vincent’s Private Hospital

Working with Shane over the last couple of years has been hands down the single best investment in myself and my business. If you're sceptical, I was too. I can't recommend him highly enough to ambitious entrepreneurs and leaders striving to excel in business AND life.
Billy O'Reilly, Managing Director, Wicklow Hire & Sales and O'Reilly Hardware

Shane gave us, an experienced leadership team, the tools to take our capabilities to a much higher level, by energising that part of the mind, which we have paid little attention, until now.   He has truly helped unlock our potential.
Luis Murguia, Senior VP and Global Manager of SAP Business One

This training helped to bring real clarity to my way of working. It helped to sharpen my thinking. I'd estimate a 50% impact on ability to get more of what matters done and 60% improvement in my clarity of mind. Other areas that benefited were my sleep, energy and communication with my team.
Bill Walsh, Founder and CEO, Aspire Technology

Working with Shane has helped me take control of my life in the broadest sense, both personal and professional. He is a great sounding board and challenges me to tackle the "noise" that takes up too much negative energy, so that I can focus on delivering the results that are needed in the business and whilst also remembering the important things in life.
Maeve McMahon, Director of Customer Experience And Products, Ulster Bank Ireland

In real figures, in the ten months since I first started working with Shane, my average sales have increased by a massive 183% and the margin by at least 10% due to the added value I can offer through increased focus and personal efficiency.
Jannetje van Leeuwen, Director and Co-Founder of IQ Group 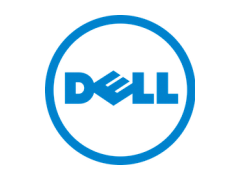 "The feedback we have received since your session was truly overwhelming. Such a positive reaction and what you said has really stuck with people. In fact there was one lady who had just been on a 2 day training course but she got much more out of your 2 hours! The most inspiring talk we have ever had."
Karen Morton, EMEA Marketing Director, Dell 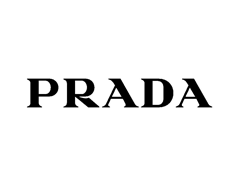 "Working with Shane helped me to gain clarity on exactly what I wanted and gave me the courage to take some bold steps in creating the future I really wanted. 1 year on and I can honestly say that my life and career have completely jumped to the next level. Time spent with Shane has been a fantastic investment – business and personal.
Georgina Coleman, Miu Miu Retail Director, PRADA USA

"Working with Shane has helped me to gain more clarity and control over everything. His unique approach on the ‘inner game’ of business in particular has helped my focus and also improved our bottom line. His contribution has been invaluable."
Morgan Browne, CEO, Milner Browne - part of IIS Group, www.beabetterbusiness.com 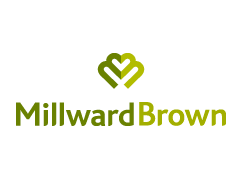 "I believe 99% of business coaches don’t earn their keep, but in Shane you’ll find that elusive 1%. Shane’s philosophy that business and personal success are inextricably intertwined is one I totally agree with."
Richard Waring, CEO Millward Brown Ireland 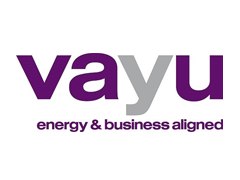 "Shane has a very unique approach that causes you to expand your thinking in a way that translates to an improved bottom line – business and personal. The value of the sessions together is immense."
Colm Kennedy, Managing Director, Vayu

Shane delivered an exceptional key note are our Employer Conference in the Guinness Storehouse in October – Sharing the story of his career and learnings and sharing tips and practical actions to silence your inner doubts! Holding a room of 300 in the palm of his hand he was engaging, motivational, aspirational yet completely relatable and always focusing on clear implementable actions to achieve your stated goals.
Shona McManus, CEO, Osborne Recruitment

Read what others are saying

Everything is possible. Definitely in my case, I can say that what I've been through in my career, in my life, this journey has been terrific so far. I've achieved some things that a lot of people thought it would be not possible for me to achieve.” - Novak Djokovic, after winning the French Tennis Open in June 2021 This time of year is always rich with sporting inspiration and the weekend just gone was full of inspiring and dramatic moments. But one that really caught my attention was the fantastic come-back by the world number one Novak Djokovic, who fought back from two sets to love down to win a 19th grand slam title, becoming the first man in the Open era to win each of the majors at least twice. Read more>>

“But what if it’s the wrong decision? What then?” These words I heard recently from someone, but to be fair, it’s an all too common phrase I’ve heard over the years - including from myself. Ultimately the person I was chatting with had a an underlying fear of making a mistake. But the real mistake was allowing themselves to be stuck in limbo - and the resulting impact on their energy, mood and focus was very significant. Read more>>