I was first exposed to ‘Values’ early in my career in a multi-national environment. I’m sure it’s an experience felt by many. 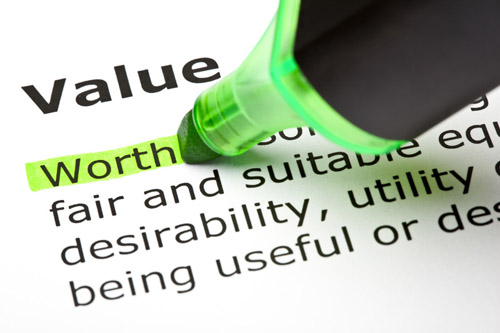 I was first exposed to ‘Values’ early in my career in a multi-national environment.
I’m sure it’s an experience felt by many. Yes, there were clearly started values
around the halls of the organisation but they were not always reflected in the
actual behaviour of the people working there. Sometimes they were and
sometimes the behaviour was the complete opposite.

Having spent the past 16 years helping leaders and organisations of all
sizes clarify their values, I believe many don’t really understand the real
meaning of ‘core values’ and more importantly how to bring them to life.

1. Just because you have stated values means nothing

Communication – We have an obligation to communicate.
Respect – We treat others as we would like to be treated.
Integrity – We work with customers and prospects openly, honestly, and sincerely.
Excellence– We are satisfied with nothing less than the very best in everything we do.

Despite Enron’s statement of its core values, senior leadership actions created
a culture of greed that encouraged unethical behaviour at all levels.

Incredibly, Enron went to great lengths to bring their values to life. They even
created a 64 page manual called the Enron Code of Ethics Manual that not only
outlined the company’s mission and core values, but also the various ethical
policies that all employees were expected to follow Like many companies,
Enron also drafted value and mission statements and used them as the
foundation for organization-wide training programs in the hope of transferring
these words into the actions of employees.

But it begs the question: If all of this work went into building awareness of
their values, how did it fail to prevent the scandal that befell Enron?

Obviously we know that the actual behaviour from the leadership in
Enron seems in total contradiction to what they stated as their values.

Even though this is the extreme, this is a powerful example of where I
believe most organisations get values wrong. And the next point is one
of the biggies…

2. You discover core values, you don’t install them.

If the leaders in Enron were perhaps more aware they may have stated that
like Gordon Ghekko from the movie Wall Street “Greed is Good” was one of
their core values.

Obviously that doesn’t look as attractive in a corporate brochure but it’s
the truth – as exhibitted by their behaviour. (At least Ghekko admitted it!)

You cannot “set” organisational values, you can only discover them.
Nor can you “install” new core values into people. Core values are not
something people ‘buy into’, people must be already inclined towards
holding them. One of the most common mistakes I find is business leaders
asking this question: “How do we get people to share our core values?”
It’s the wrong question because you can’t, as you’re talking about beliefs
which don’t just change overnight. A better question is this one: How
do we find people who already share our core values? So the task becomes
finding people who are already predisposed to sharing your core values.
You must attract and then retain these people and let those who aren’t
predisposed to sharing your core values go elsewhere. That last piece
is where people often get uncomfortable. My experience is that you can’t
change people to believe in your values – and it doesn’t matter what words
people say around ‘buying into’ the values – their behaviour is all that
matters, because it reveals what they truly believe.

True core values are not aspirational. As stated it’s more about discovering
what’s already there. Three critical questions to run your core values
through are:

• Can you envision these values being as valid 100 years from now as they are
today?
• Would you want the organization to continue to hold these values, even if
at some point one or more of them became a competitive disadvantage?
• If you were to start a new organization tomorrow in a different line of work,
what core values would you build into the new organization regardless of its
activities?

These questions are key because they help you make a crucial distinction:
Core values are timeless and do not change, while practices and strategies should
be changing all the time.

3. Getting your core values right isn’t a word-smithing exercise

Most leaders spend too much time word-smithing, and redrafting vision,
mission and value statements. They spend nowhere near enough time trying
to align their organizations with the values and visions.
This is because words mean nothing when it comes to behaviour.
We call all agree on values and beliefs – the real magic is in aligning
behaviour to the values, so that it really shows up. This is where culture
comes in. To me culture is the behaviour shown in the organisation that
truly reflects the actual values, beliefs and attitude there. Culture very
often has no bearing to the stated values. And that’s where leadership
comes in – being role models and ambassadors for the values. Something
for example that Enron obviously fell down in. Getting your core values
right should be more about creating mechanisms to bring the principles
to life and translate them into action.

When facilitating I often end up having debates with smart people around
what’s a value and what’s not. Marketing led people tend to lean more
towards getting ‘clever’ words to help with the external world. But often
they confuse ‘core values’ which are timeless with ‘aspirational values’
they want the brand to embody or ‘brand values’ which are more external
facing (to the customer etc.) True core values are internal facing. They help
your team understand what they stand for, what behaviour gets rewarded
and also, perhaps most importantly if this is where they should be.
Operational people can often confuse timeless core values with operating
practices and cultural norms. Timeless core values should never change;
operating practices and cultural norms should never stop changing.
Your core values and purpose, if properly conceived, remain fixed.
Everything else—your practices, strategies, structures, systems, policies,
and procedures—should be open for change. The confusion between
timeless and temporal concepts shows up in every walk of life.

4. Spend most of your time creating real alignment with your values
i.e. Culture

Without clearly identifying core values, there can be no effective alignment
in a business. But once they’re identified, real alignment becomes the goal.
Creating alignment is a two-part process. The first is identifying and
correcting misalignments. The second is creating new mechanisms to
translate the values into meaningful action.

Identifying misalignments means looking around your organization,
talking to people, getting input, and asking, “If these are our core values
and this is fundamentally why we exist, what are the obstacles that get in
our way?” For instance, many organizations say they respect and trust
their people to do the right thing, but they undermine that statement by
doing X, Y, and Z. The misalignments exist not because the statements
are false: these companies believe what they say. The first task for leaders,
then, is to create an environment and a process that enable people to
safely identify and eliminate these misalignments.

For best results, the use of time and effort should be nearly the opposite.
A more productive approach would be to :

1. Spend a significant percentage of time actually trying to gain
understanding of how the values are showing up (or not) in behaviour.
2. Spend a tiny percentage documenting that understanding
3. Spend the vast majority of your time creating alignment.

In short, worry about what you do as an organization, not what you say.

5. How to get real value from your next team off-site

Once your values have been defined (even if not perfect), a great use of
your time at your next off-site is to ask the following questions:

• How are our alignments working? (Where are our values real and true?)
• What progress are we making on eliminating our misalignments?
• Do we need to adjust what we decided to do last year?
This type of approach becomes a hugely valuable process for your team.
Your values are a fixed stake in the ground. You get it right once, and the
rest of the work consists of tinkering with the organization.

6. Hire for values, train for skills
Don’t waste you time hoping people will change their values. If someone’s
world-view doesn’t fit with yours, do both of you a favour and ‘get there
faster’.

Having said that, the clearer you are about brining your values to life in real
terms, the easier it is for someone who doesn’t align to make a decision to
move on. Hiring for values means getting creative about figuring out how to
discover someone’s real values in the recruitment process. Too many
businesses I know get excited about resumes and CVs without really
understanding the person’s core values. Companies like Zappos have
shown that a real, authentic focus on values can deliver not only a great
culture but also exceptional results over time.

7. Be The Role – Model
At our essence, as human beings we are simple creatures. Our environment
has a huge bearing on our behaviour and performance. I see it a lot like kids
with their parents. The parents may espouse certain values but do the
complete opposite in their lives.

Which values will the children copy?
Unless they’re very aware it will be the actual values and behaviour
exhibited. The same applies in every organisation. I remember myself
working in a business where the leaders exhibited the complete opposite
of the stated values – and that’s what was replicated by the staff.

We can over-complicate all of this. For the truly simple approach, ask
yourself with brutal honesty, ‘How good am I at exhibiting our values?’

It’s perhaps the toughest work of all. But definitely the most rewarding
and most impactful within your team and your career.

1 Deliver WOW Through Service
2 Embrace and Drive Change
3 Create Fun and A Little Weirdness
4 Be Adventurous, Creative, and Open-Minded
5 Pursue Growth and Learning
6 Build Open and Honest Relationships With Communication
7 Build a Positive Team and Family Spirit
8 Do More With Less
9 Be Passionate and Determined
10 Be Humble