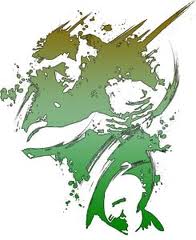 Here’s your shot of weekly inspiration:

“It is an immutable law in business that words are words, explanations are explanations, promises are promises  but only performance is reality.”
– Harold S. Geneen  (American Businessman, he was CEO of ITT (International Telephone and Telegraph) (1959-77)

Whether you’re a fan of rugby or not, the Leinster V Toulouse match at the weekend was an immense result for the Irish team. Not necessarily for the display of free flow rugby but more for the sheer physical intensity of the game.

It’s hard to imagine a game of that physicality when the sport was amateur.

Is it a coincidence that the great performances of the Irish teams (Munster, Leinster & Ireland) over recent years have occurred during the professional era?

I don’t think so.

Since the game went professional there is much more focus on every aspect of the game that might give teams the edge.  Things such as:

Gone are the days of copious pints before and after matches for top players. They know it will make them lose the edge. It made me think that is now the time to bring a higher standard of overall professionalism into the business world?  Not so much in attitude or customer care (although in Ireland that is an issue in many places…) but more in terms of our approach to fitness as individuals – mental and physical.  Even things like nutrition and foods that affect our concentration and energy levels.

To take a broader view of what it means to be a ‘professional business person’.

After all, if you feel stronger, mentally and physically, it stands to reason that you will perform better.  And that, as the quote says, is reality.

Roll on the final…

ps – If you’re interested, here’s a link to an interesting interview with Brian O’Driscoll, in last week’s Irish Times, about mindset and team work.  Interview with BO’D