U2 – Taking You Higher

"The world is more malleable than you think. And it's waiting for you to hammer it into shape." - Bono 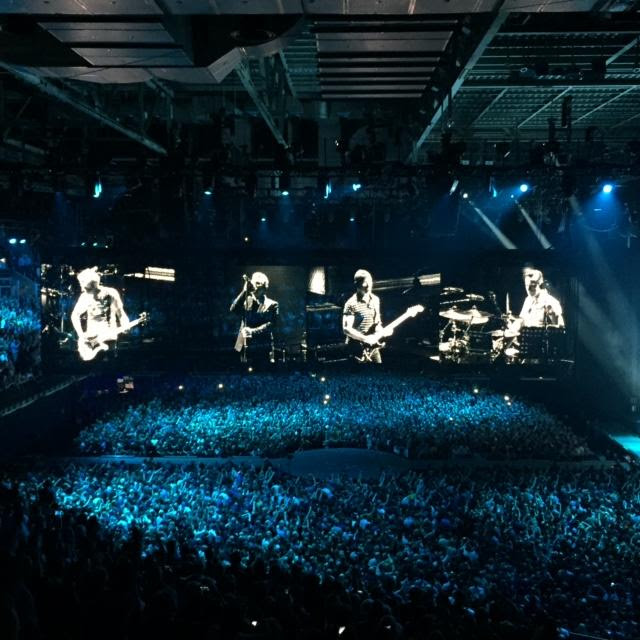 “The world is more malleable than you think.
And it’s waiting for you to hammer it into shape.”
– Bono

I was lucky enough to get a ticket to U2’s final night at
their Dublin concerts – last Saturday.

Needless to say it was a fantastic night in front of 10,000 fans.

Something struck me as I watched Bono, Larry, Adam and The Edge
work their magic on the crowd…

I had a flashback to a memory where I was around 10 years of age
and was crammed like a sardine into my parents’ Ford Cortina as
my mother drove us home from school.

Over the radio came this new song which literally
shut all 6 of the kids in the back (health & safety wasn’t a priority then…).

I remember that was the first time I became aware of this Irish band who
as it turned out had global ambitions.

Maybe like you, I feel like I’ve grown up with U2 and their songs
match key moments and memories in my life.

And there are nuggets of inspiration to be had from their story:

Each of the band members are like you and me –  flawed humans.
And it’s easy to criticise when there lives are in the public spotlight.

But as one group they stand for the idea that ‘anything is possible’.
Especially for a young man from Kilkenny, Ireland.

And that’s what I love them for the most.
And the above ‘checklist’ is worth reviewing for us all.

When Success Gets Ugly