Home / Blog / When Success Gets Ugly

When Success Gets Ugly

“I am naturally ugly. He is not. He is ugly, only when he opens his mouth” 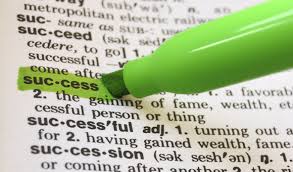 “I am naturally ugly. He is not.
He is ugly, only when he opens his mouth”
– William Masvinu, winner of Mr. Ugly Zimbabwe 2015

I note with amusement that a 42-year-old Mison Sere won
Zimbabwe’s 4th annual “Mister Ugly” contest at the weekend.

The judges cited his numerous missing front teeth and
a wide range of grotesque facial expressions as stand out reasons for his award.

Unfortunately, this result upset supporters of the crowd favourite,
William Masvinu, who had held the title since 2012,

On hearing the decision,  Masvinu and his supporters mobbed
the judges, claiming that Sere was “too handsome” to win and his
ugliness wasn’t natural since it was based on missing teeth.

Many people have no clear idea of what success means to them
– or if they do, when you get into it, you find tha their ‘idea of success’ conflicts with what they really want.

That’s why the expression “I go to the top of the ladder but I didn’t like the view” has such meaning.

Very often we chase after goals because we ‘think’ or have been told that they will give us what we’re looking for.

Defining what success means to you (& examining it) is
a critical step in achieving your goals and also fulfilment.

If we spend the time ‘digging’ to see what our personal definition of
success really is i.e (what we ant and why we think we want it),
it can prevent things getting ‘ugly’ in the future…

ps – The winner of ‘Mister Ugly’, Sere, dismissed the critics as just “sore losers” and pocketed the $500 winnings.