“This just shows what can be achieved if you work hard, follow plans and be courageous.” - Eddie Jones, Head Coach of The Japanese National Rugby Team If you’re a fan of rugby, you know what’s coming. 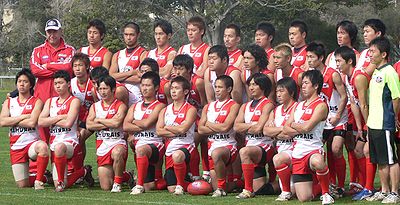 “This just shows what can be achieved if
you work hard, follow plans and be courageous.”
– Eddie Jones, Head Coach of The Japanese National Rugby Team

If you’re a fan of rugby, you know what’s coming.

If you’re not, it’s worth checking out highlights of the recent match between
World Cup heavyweights South Africa and 1000/1 under-dogs Japan.

Japan beat the Springboks 34-32 in the most dramatic manner on Saturday.

What was amazing was that with regular time up, and 3 points behind,
they had a definite opportunity to draw the match – which in itself would have been a
phenomenal result.

But they elected to play for the win, and risk losing the match.

But win they did in true ‘Hollywood’ script fashion.

What’s ironic is that their phenomenal coach was trying to communicate to the team to take
the draw.

But his words came onto the pitch too late, luckily.

Their feat is even more amazing when you realise that only half of their
team is professional and Japan’s tallest player is  6ft 4in,
whereas the Springboks’ average height is closer to 6ft 5in.

Everyone loves a story where the underdog wins.

Who knows what will happen to them now?  But it doesn’t really matter
as their World Cup has been made already.

Perhaps the lesson for us all is the last part of the above quote…
‘be courageous’.
It may only be the last 1% of the equation but it’s impact on the result is probably 99%.