Any man who can drive safely while kissing a pretty girl is simply not giving the kiss the attention it deserves. – Anonymous I was asked to go on Ireland’s national television station, RTE, last week,  for an interview on productivity and using your time better. I was laughing at myself afterwards, as I spent…

Hi All, Here’s your shot of weekly inspiration: “My goal in sailing isn’t to be brilliant or flashy in individual races, just to be consistent over the long run. “ – Dennis Conner If you’re into sailing you probably know who Dennis Conner is. He’s a four time winner of the ‘America’s Cup’ – which is…

Here’s your shot of weekly inspiration: “I find it kind of weird now to look down a crowded street and realize that half the people aren’t really there” – Dr.  Daniel Gilbert Those of you who know me the longest will know that one of my favourite interests is genuine concentration, or lack of it…

“Any man who can drive safely while kissing a pretty girl is simply not giving the kiss the attention it deserves.”
Albert Einstein. I was recently re-looking at an interview I did on Ireland’s national television station, RTE, about productivity and using your time better. I remember laughing at myself afterwards, as I spent about

This week most people will be all about New Year’s resolutions and perhaps some goals.

The challenge will be to see them through the inevitable blurring of vision from the ‘busy-ness’ all around.

“Ambition is funny thing. You can completely screw yourself with it, if you’re not careful.”

“It’s because I like to win”.
So said the smart, ambitious CEO to me during a private session. He was replying to something I’d said… something along the lines of:

“Why do you need to win every conversation?”

“Who doesn’t like to win?”, I also said, “But the way you’re behaving, you’re setting yourself up to lose in the long term.”

Because this CEO wasn’t letting any of his lieutenants ‘win’ when it came to conversations or opinions. As a result, he had created an echo chamber without realising it, where people only agreed with whatever opinion he had because they were afraid of antagonising their leader.

“The quality of your thinking

determines the quality of your life.”

I was hosting a company retreat for a client at the end of last week and one of the questions I asked them was this:

What is the one thing you’d like to get better at over the next 12 months?

One of the senior managers said they wanted to ‘have more time to think.’

What they meant was more time to raise the quality of their thinking, to be more strategic, to help them ‘see around corners’, to be more creative.

Most people in my experience think too much, or are stuck in loops of the same patterns of thought. But there is a growing awareness that the above quote is a universal truth. 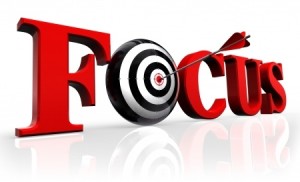 “Jobs taught me that focus means “not doing something that, with every bone in your body, you think is a phenomenal idea,” if it would prevent you from staying on task.” – Jonathan Ive, Senior VP Design, Apple. Jony Ive is the person credited with bringing the design flair to Apple’s superb line of products…